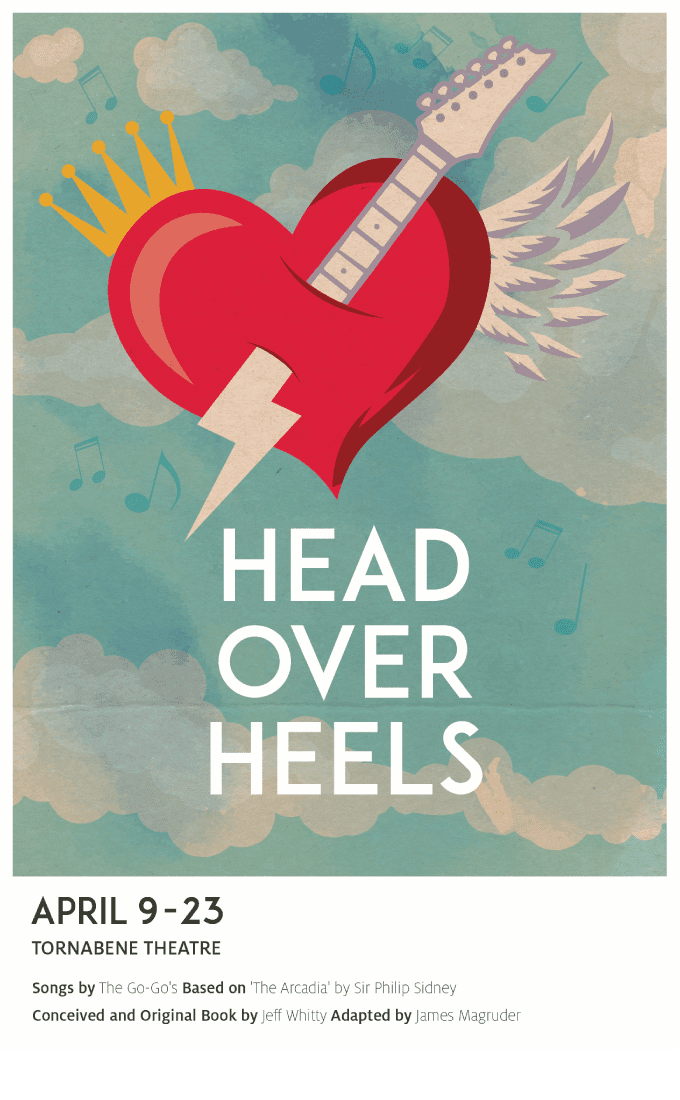 Songs by The Go-Go's. Based on 'The Arcadia' by Sir Philip Sidney. Conceived and Original Book by Jeff Whitty. Adapted by James Magruder

Head Over Heels is the bold new musical comedy from the visionaries that rocked Broadway with Hedwig and the Angry Inch, Avenue Q and Spring Awakening. A hilarious, exuberant celebration of love, Head Over Heels follows the escapades of a royal family on an outrageous journey to save their beloved kingdom from extinction—only to discover the key to their realm’s survival lies within each of their own hearts.