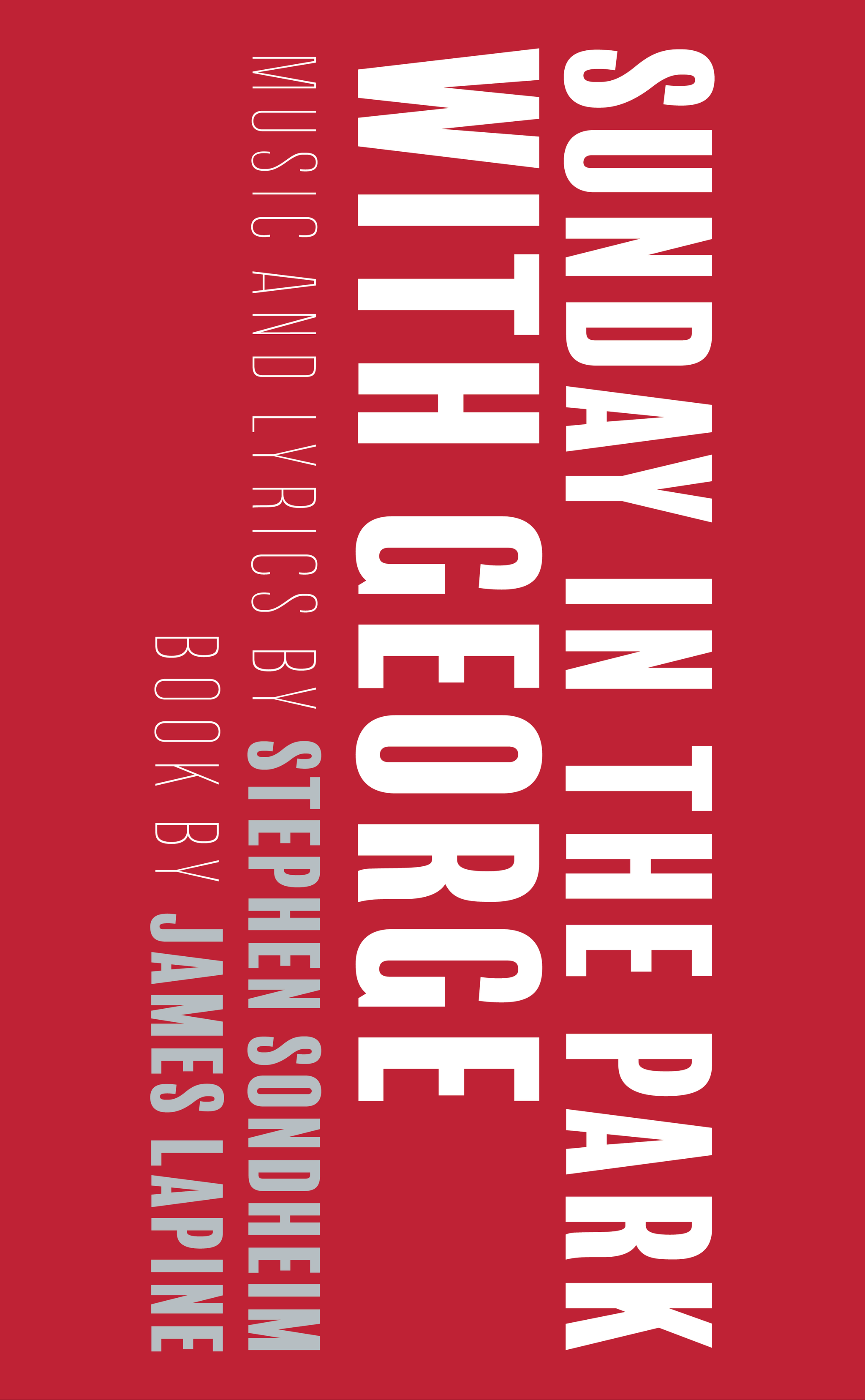 Sunday in the Park with George

Music and Lyrics by Stephen Sondheim Book by James Lapine
— Originally Directed on Broadway by James Lapine Orchestrations by Michael Starobin Originally Produced on Broadway by The Shubert Organization and Emanuel Azenberg By arrangement with Playwrights Horizons, Inc. New York City which produced the original production of “Sunday in the Park With George” in 1983 Sunday in the Park With George is presented through special arrangement with Music Theatre International (MTI). All authorized performance materials are also supplied by MTI. www.MTIShows.com
April 11 — May 2, 2021 • Marroney Theatre

Inspired by the painting, A Sunday Afternoon on the Island of La Grande Jatte by Georges Seurat, Sunday in the Park with George, Stephen Sondheim and James Lapine’s stunning masterpiece, merges past and present into beautiful, poignant truths about life, love and the creation of art. One of the most acclaimed musicals of our time, this moving study of the enigmatic painter, Georges Seurat, won a Pulitzer Prize and was nominated for an astounding ten Tony Awards, including Best Musical.