About A LITTLE NIGHT MUSIC 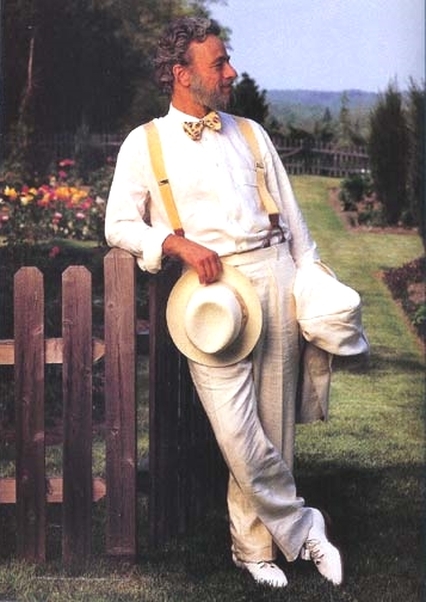 Stephen Sondheim is considered by many one of the greatest American lyricists of all time. So many creations were started, completed, abandon, and revived throughout the years. Below is a brief timeline of some major and interesting moments in his life.

– Born March 22nd, 1930 to a dress designer and a dress manufacturer
– Started piano lessons at the age of 7
– Writes his first musical, By George, in 1945 at the age of 15, and begins his relationship with Oscar Hammerstein
– Wins the Tony for Best Score of a Musical for the 3rd year in a row for A Little Night Music on February 25th, 1973
– Presented with the Special Tony Award for Lifetime Achievement in the Theatre on June 15th, 2008
– Henry Miller’s Theatre is renamed the Stephen Sondheim Theatre on March 22nd, 2010

Understanding class structure is crucial in the understanding of the world of this play. The characters are ruled by behaviors set in place by a rigid and clearly defined class structure, and everyone is well aware of their place at all times. Understanding the rigidity of the social climate of the time makes Carl Magnus’ appearance at the Armfeldt country home a million times more awkward and out of place. Below is a breakdown of some technical terms about the class structure in Sweden at the time, and what they mean for our characters.Proletariat- the class that provides all the manual labor for the production of goods or services
Bourgeois- the class that owns all of the means for producing said goods and services
Middle strata- the class that produces goods and services for itself through a system it does not own
OLD ARISTOCRACY + CAPTAINS OF INDUSTRY
captains of industry joined this class at industrial revolution, all lived luxurious lives, with lots of property and servants
MIDDLE-MIDDLE CLASS
educated and successful professionals (engineers, doctors, lawyers) that lived comfortably with some servants
LOWER-MIDDLE CLASS
teachers, clerks, governesses who were paid poorly but part of the middle class because of their value system
UPPER-LOWER CLASS
factory supervisors, highly skilled workers, head butlers, paid poorly but still ahead of someone (and aware of it too)
MIDDLE-LOWER CLASS
semi-skilled workers that could barely support a family
LOWER-LOWER CLASS
unskilled workers, women had to work to support family, often in sweatshops

While most of our characters belong towards the top, like Fredrick and Madame Armfeldt, we do have a very strong “proletariat” presence in characters like Petra and Frid. Although they may not have major roles, they are important in that they provide a very loud counter-perspective to that of Anne’s and the rest of society at this time about love and social interaction.

On the other hand, there were even distinct differences of power within each social class that define the relationships of all the characters we see. For example, Madame Armfeldt functions as the seat of power when in the country even though this is still a highly patriarchal society. She commands power because of her age and her property.
Industrial revolution
————————————–>
-> Created new occupations that required much more education, therefore extending the time it took for children to reach maturity enough to enter the education system and workforce
-> Adolescence becomes a distinct part of life
Defined working roles for men & women
————————————–>
-> Men worked outside of the house, women worked at home
-> This  often led to that well known stereotype of distant fathers and frustrated house-bound mothers
-> Which was augmented by the sexual inequalities, men expected to go out and “conquer” while women expected to maintain “sanctity” of marriage & family
Stable families
————————————–>
-> Fewer illegitimate children
-> Higher expectation placed on children to succeed due to higher chances of upward mobility
This period was a time of huge social change for the Western world. The rise of industrialization had greatly impacted the social system and day to day interactions of the different classes it helped to augment. The working class would begin growing at the rise of industrialization and would continue throughout the 20th century. As the working class grew in size it also grew in power, with much more focus on equalizing the playing field than in the century before. Suffragist movements swept across the Western world and people began demanding higher standards of work and living, leading to a swell in unionization. People were demanding quality pleasure from their lives as well as quality working conditions, hence events like weekend outings at a country home. People had more time for pleasure and leisure seeking, so it’s no wonder they get themselves into all this mischief…

LOVE vs. SEX vs. TIME

“Of course the summer night smiles. Three times.”
“But why does it smile, Grandmother?”
“At the follies of human beings, of course. The first smile smiles at the young, who know nothing. The second, at the fools who know too little, like Desiree. And the third at the old who know too much– like me.”
A Little Night Music is a story about what happens to love when we tangle it amongst our foolishness and the time that passes. Or maybe about our foolishness throughout time no matter who we love. Or maybe about time passing no matter how foolishly we spend our love. Either way, it is the intersection of all these ideas that makes Night Music  so dense and special. In my opinion the story so clearly relates to all of these ideas through the music, and I have made a list of the songs that fit in each category, which hopefully will help you organize the distinct and overlapping themes the musical gifts us.

Night Music is not only unique because of its profound content and emotional journey, but also because of it’s utilization of two very powerful and distinct performance traditions that dictate the structure of the show and help it find form within it’s function.

The Chorus
In case you need a refresher, the Greek chorus comes from the Ancient Greek tradition of singing Dithyrambs to Dionysus as a way of praising and celebrating the god of wine, theatre and fertility. It originated as a group of 50 men singing and dancing, but was soon altered and reduced to 12-15 to fit the needs of playwrights like Aeschylus and Euripides. 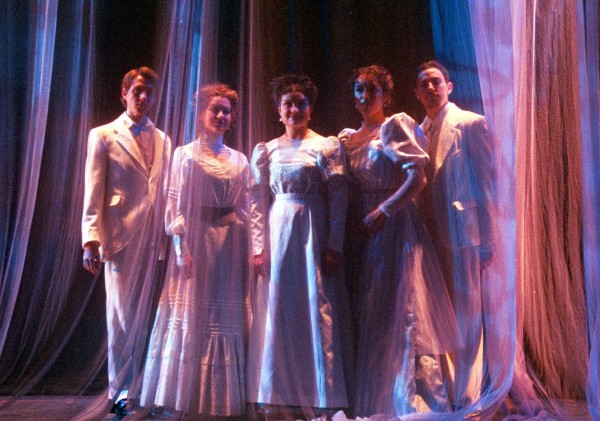 Just like the choruses in many other modern musicals, the Liebeslieder functions just like a Greek Chorus throughout the show, giving us background information  and commenting on the action, providing the audience a way into the story from a perspective that’s based in spectating, and therefore extremely relatable to the spectating audience.Several intimate memories and emotions of the characters are intimated to us by the Liebeslieder, like the images and memories of Fredrick and Desiree’s past meetings that are brought out again by their reunion at the play.The presence of the liebeslieder throughout the story gives the show a self-reflective quality that mimics that same process in the characters themselves. Only when each and every character is able to step back and accept the truth of their station and circumstances are they able to find happiness and contentment in their own selves and in their partners.
Waltz
The other main convention found within the musical is the consistent use of 3/4 time. When asked about this choice, Sondheim stated that he “put everything in some form of triple time so that the whole score would feel vaguely like a long waltz with scherzi in between so that no song would seem to have come from another texture.”The consistency in rhythm and time throughout the entirety of the piece gives it a sense of unity as each song works to build upon the previous one, leading to a conclusion we’ve been anticipating and yet are already aurally prepared for.
The waltz is said to have originated from a folk dance in 3/4 time called Ländler, among other influences. The  Ländler was popular in Austria, south Germany, and Slovenia towards the end of the 17th century. From here it was picked up, adapted, popularized and eventually written into the works of composers such as Ludwig van Beethoven, Franz Schubert, and Gustav Mahler.
See Tomorrow's Stars Today!