Grab a meal before the show at one of these local eateries, all within close proximity to our venues! 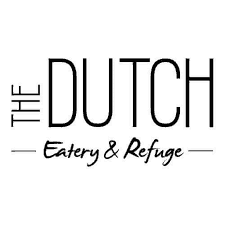 For owners Marcus and Nicole van Winden The Dutch is destiny. They wanted to create a comfortable refuge serving fabulous food, refreshing drinks and offering guests exceptional service. Beyond that they wanted to do it in a way and a place that really means something to them. ​

Marcus was born and raised in Holland where he attended an elite culinary school under European Master Chefs and worked at some of the country’s finest Michelin Star restaurants. After several years he felt the urge to wander and set sail on Holland America Cruise Line as the Fine Dining Chef.  Nicole is a Native of Tucson and a Wildcat through and through. After attending the University, she also felt the call of the wide open ocean and spent several years on Norwegian Cruise Line before taking on the role of Assistant Cruise Director on Holland America Cruise Line.

So the Chef from Holland met the Wildcat from Arizona and, as they say, the rest was history. Marcus and Nicole found a great space, next to the University of Arizona, and named it The Dutch Eatery & Refuge.  Welkom!

Frog is constantly bringing new food and drinks to the mouths of Tucson!! There is over 30 beers on draft with approximately 8 rotating handles and over 150 domestic, micro-brew, and import bottles!! With an emphasis on local, there are always Arizona Brews on tap or in the bottle! The food is also regularly evolving along with keeping all the Frog favorites that keep customers coming back to relive their college days, first dates, or favorite game day!! Frog is known for our thick deep crust pizza and never sacrificing cost by bringing our customers the freshest of ingredients!! The menu doesn’t stop there!! With an newly upgraded kitchen, Frog now satisfies guests by offering entrees such as Cedar Plank Salmon, New York Strip, Bison Burgers and more!!! Looking for a quick bite or a relaxing dinner out before a show, The Frog has it all!! 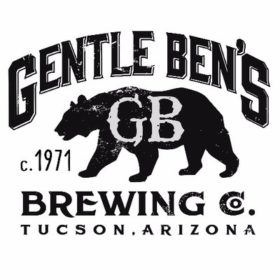 There was once a building located at 841 N. Tyndall Avenue. It served, in turns, as a safe haven for students and soldiers in World War ll, a sorority and fraternity house, and  as the official residence for University of Arizona presidents. In 1971, that historic building fruited a new home⎯ Gentle Ben’s Brewing Company.

We were a small, quaint restaurant at first but quickly became a neighborhood and local hot spot. With the support of our fellow Tucsonans, we launched our Brewing Company in 1991, along with three ales that would later become house staples. Our first brews were the Red Cat Amber, the Copperhead Pale Ale, and as a tribute, the Tucson Blonde.

When our original home was demolished in 1996, we took our name, brews, and locals a couple blocks North to 865 E. University BLVD. What once was a bank, equipped with a spacious vault that now houses beer, is where we settled down and continued our journey.

As our aspirations and palates grew, so did our beer selection. New additions to our beer repertoire launched rapid growth for our company. With excitement, we expanded our Brewing Company to the South in the Barrio District of Tucson. It was there, in 2006, that the birth of our sister store Barrio Brewing Company was established.

Since then we’ve prided ourselves on producing quality, craft beer for old and new generations to come. Stop by, grab a pint, and be a part of our tradition.  Welcome to the family! 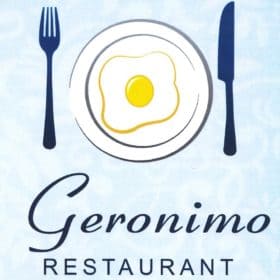 Geronimo Restaurant serves a delightful blend of breakfast and lunch favorites along with a few international bites.  Breakfast is served all day so you can enjoy omelets, french toast, waffles, benedicts and a variety of breakfast treats to start your day or treat yourself to brunch.  Enjoy your dining indoors or out in a casual environment in the heart of Main Gate Square.